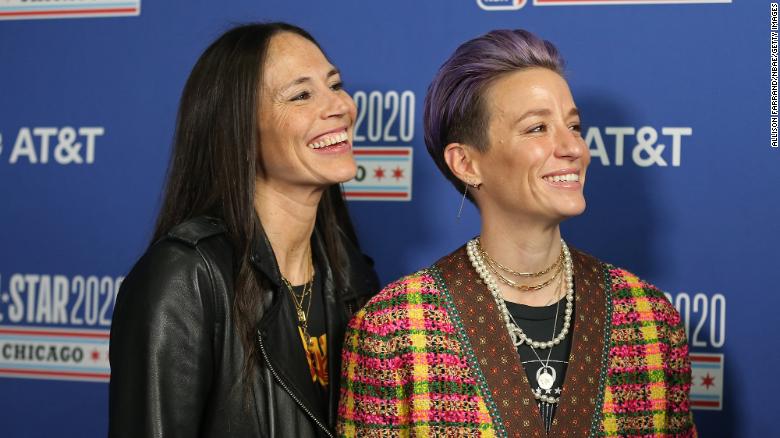 CNN)It looks like the ultimate sports power couple are engaged.

Sue Bird posted a photo on Instagram where Megan Rapinoe is seen on one knee presenting her with what appears to be a ring. The post doesn’t have a caption, but Bird’s team followed up by congratulating them on their engagement.
Bird, who turned 40 this month, plays for the WNBA’s Seattle Storm. She has won four Olympic gold medals for the United States and four FIBA World Cup titles. Rapinoe, 35, is captain of the US national women’s soccer team and the winner of two World Cups and an Olympic gold in 2012. She also plays for OL Reign.
In 2018, they became the first same-sex couple to be featured on the cover of ESPN’s Body Issue.
Both have reached the very top of their respective sports and have used their platforms to call for equality in sports and in society at large.
Neither Bird nor Rapinoe have returned CNN’s request for comment.

Diego Maradona hospitalized in Argentina, but his doctor rules out Covd-19